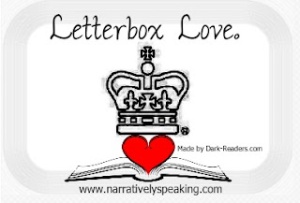 Welcome to my book haul this week! I haven’t received any ebooks or books from the library, but I was bad and bought quite a few this week!

Thanks very much Random House! If this is anything like Time Traveller’s Wife I will adore it.

Another Way to Fall by Amanda Brooke

This looks really cute and sad and the cover is gorgeous! Many thanks Harper Collins

The Knife of Never Letting Go by Patrick Ness

The Miseducation of Cameron Post by Emily M Danforth

Struts and Frets by Jon Skovron

The Taming of the Tights by Louise Rennison

The Blood Keeper by Tessa Gratton

Thanks very much to Caroline from Big Book Little Book!

When oxygen levels plunge in a treeless world, a state lottery decides which lucky few will live inside the Pod. Everyone else will slowly suffocate. Years after the Switch, life inside the Pod has moved on. A poor Auxiliary class cannot afford the oxygen tax which supplies extra air for running, dancing and sports. The rich Premiums, by contrast, are healthy and strong. Anyone who opposes the regime is labelled a terrorist and ejected from the Pod to die. Sixteen-year-old Alina is part of the secret resistance, but when a mission goes wrong she is forced to escape from the Pod. With only two days of oxygen in her tank, she too faces the terrifying prospect of death by suffocation. Her only hope is to find the mythical Grove, a small enclave of trees protected by a hardcore band of rebels. A dystopian thriller about courage and freedom, with a love story at its heart.

‘Breathe‘ by Sarah Crossan is my latest dystopian YA read. My copy was a proof copy borrowed from my librarian friend, and as such, did not have the pretty cover shown above. However, I was delighted to get my hands on it.

The book is set in a future where all the trees have been cut down. As a result, the oxygen levels have dropped, forcing everyone to live inside the Pod. Oxygen is used like currency; only the Premiums can afford oxygen to play sports, and buy tanks for day trips outside the Pod.

It is told from 3 perspectives; Quinn, son of one of the Pod politicans, who lives a nice Premium lifestyle. Bea, Quinn’s best friend, works hard to try and change her auxiliary lifestyle to that of a Premium. And Alina, who is part of the resistance. When a mission goes wrong, she has to enlist the help of Quinn and Bea to escape the Pod and get to the Glade, where the resistance has gathered.

I have to say I did really enjoy this book. I think it is written really while, and I like having the different perspectives. It allows us to get different views on the world, and on the characters. One of the things that makes this book a good read is that the story is plausible. There could be a future without trees, and the harsh reality is that we probably will not realise the consequences until it happens.

Bea is an excellent character. From the beginning we empathise with her, and the struggle she faces as an auxiliary to succeed in society. She is loyal to Quinn, despite him preferring flings with other girls than her. So when Alina asks for his (their) help in escaping the Pod, she goes along with him. However, I think the character I liked most in ‘Breathe’ is Quinn. As the son of a high society man, he is spoilt. But when injustice occurs, he is confused. Thus we follow him on a personal journey of discovery, a Premium as part of the resistance.

The only niggle I had with this book is that I just didn’t feel like there was anything particularly awesome about it. It was a good read, it had some twists, and I am looking forward to the next novel to be released in 2013. But I was just left wanting a bit more.

Do you disagree? Think ‘Breathe’ is the best thing since sliced bread? Let me know!

An epic library haul this week 😀

Firstly something festive; ‘A Merry Little Christmas‘ by Julia Williams. Doesn’t that cover make you feel all Christmassy? Also Alison Mercer’s ‘Stop the Clock‘, because I love an intriguing book. The next three are all a bit of a cheat; they are books I already had from the library in hardback, but I’ve ordered the paperback as it’s easier for the commute!

‘The Chocolate Lover’s Club‘ by Carole Matthews, ‘Lone Wolf’ by Jodi Picoult and ‘Meet me at the Cupcake Cafe‘ by Jenny Colgan have all been on my tbr shelf for a while. I love a good chick flick to separate my YA/dystopian stuff.

And because I was seriously missing out on some YA stuff, I borrowed (read: stole!) two books from my good librarian friend.

‘Breathe‘ by Sarah Crossan has been on my want list for ages, so when I discovered she had a proof copy hanging around, I had to get my hands on it! The only sad part is this doesn’t have a pretty cover. Likewise, Cat Clarke’s ‘Undone‘ is one I am very excited about, and I can’t believe I have a copy! Fingers crossed it lives up to my expectations.

Thanks to Netgalley and Atria Books for ‘The Sea of Tranquillity‘ by Katja Millay. It’s not a book I’ve heard of, but the blurb sounds like my kind of read!

‘Chocolate-covered Baloney‘ by KD McCrite sounds like a funny diary-type novel. Thanks to Thomas Nelson and Netgalley. I didn’t realise this was part of a series, but I hope it won’t matter!

The cover for this one is stunning, thanks to JKS Communications and Netgalley for ‘Parallel Visions‘ by Cheryl Rainfield.

Ditto the thanks for ‘Model Spy‘ by Shannon Greenland. Squee! This book looks similar to Ally Carter’s spy series at first glance, but I love a powerful female lead!

You have no idea my level of excitement when I found I was approved for ‘Pushing the Limits‘ by Katie McGarry! I have heard much good things about this steamy read! Many, many thanks to Harlequin and Netgalley!

I am always intrigued by YA LGBT novels, as I don’t really think there are many good books out there. But can ‘Another 365 days‘ by Ke Payne meet my expectations? Thanks to Bold Strokes and Netgalley.

Phew! What a list! I’ve gotta storm through ‘A Merry Little Christmas’ and the two proofs and then I think I will knuckle down with my ebooks. Please let me know your opinions on the above if you’ve already read them!

What did you receive this week? Have you read any of my books and do you think it should be at the top or the bottom of my to read pile? I’d love to hear from you!