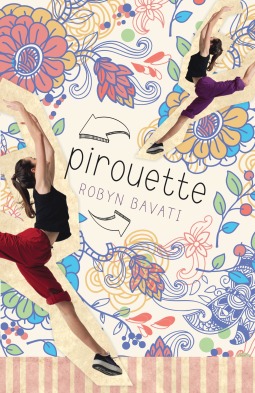 Room meets Lord of the Flies, The Bunker Diary is award-winning, young adult writer Kevin Brooks’s pulse-pounding exploration of what happens when your worst nightmare comes true – and how will you survive?
I can’t believe I fell for it.
It was still dark when I woke up this morning.
As soon as my eyes opened I knew where I was.
A low-ceilinged rectangular building made entirely of whitewashed concrete.
There are six little rooms along the main corridor.
There are no windows. No doors. The lift is the only way in or out.
What’s he going to do to me?
What am I going to do?
If I’m right, the lift will come down in five minutes.
It did. Only this time it wasn’t empty . . .

I knew this book was going to be strange as soon as I heard about it. Kevin Brooks was one of my favourite writers as a young teenager, as his writing is just so emotive. So I went into The Bunker Diary with nervous anticipation. And the cover and tagline are completely intriguing!

Linus wakes up in a locked bunker-like building, with no exit; only a lift. It appears he has been abducted. But by who? And why? Why him, what for? SO MANY questions surround this story. In the beginning it was a definite page turner as I wanted to find out more about Linus and how he was going to get out of the bunker. I really felt Linus’ powerless feelings. The book is written in diary format from Linus’ point of view, and it helps to dig deep into his emotions.

All the characters are really well developed in the book. Each one is quite different, and trying to figure out the connection between them was difficult. They all responded to the situation in separate ways; Linus tries to think of ways to escape, while others are in denial. I enjoyed this aspect of the book, as it made me think about what it takes for people to survive these sorts of ordeals. To know that this could have been based on a true story made it feel very raw.

Towards the end of the book I could sense we were coming towards the climax, and was eager to discover how it was going to wrap up. I wanted to know who the abducter was and why he had taken these (seemingly) random six people and kept them in a bunker.

The ending was just unbelievable. It left me turning the blank pages at the end, and wondering where the rest was. I had to go back and read the last couple of pages to actually confirm that the book did actually end like that. It completely shocked me, and probably left me with my jaw hanging open for quite some time. Not really suited to a YA audience, it was actually quite sickening.

Gripping and unique, the plotline sucked me in. I loved the emotive writing but I just felt the ending was entirely WRONG. For that reason, I have to give The Bunker Diary 3 sofas.

When a knee injury ends twenty-year-old Quinn Rowland’s pro tennis career, he’s not only dumped by his hot Russian girlfriend but ordered to attend college by his disinterested billionaire father. A rich kid who’s not used to being disappointed by life, Quinn and his sociopathic half-brother Sebastian create a frat house game intended to treat girls how they see them—as simple game pieces to be manipulated for their pleasure.

College sophomore Emilie Swanson knows Quinn’s reputation—after all, he did send one of her sorority sisters into therapy earlier in the semester—but the game and his charm bring them closer together and soon she starts to believe there’s more to Quinn than people think.

But what if the more is something darker than a game of toying with emotions and breaking hearts?

Quinn and Emilie might be falling for each other, but there are secrets he’s not ready to tell—and lifestyle changes he’s reluctant to make. She willingly stepped on the court, but if Emilie finds out she started out as nothing as a pawn in Quinn and Sebastian’s twisted game, she might never forgive him.

To his surprise, Quinn finds that he might finally care about someone more than he cares about himself…even if that means letting Emilie walk away for good.

I received Broken at Love by Lyla Payne as part of the blog tour (post coming tomorrow, Monday 22nd). I was intrigued by the ‘frat house game’ described in the synopsis. We do not have ‘frats’ here in the UK, so it is an area I know very little about. And indeed, I really enjoyed the first half of the book. Emilie is different from the other girls, so when Quinn is given a bet that he can’t seduce her, he has to pull out all the stops. In the beginning Emilie is presented as quite a strong, not afraid to be different girl. When Quinn pulls his trick to get girls into bed, Emilie doesn’t fall for it. At this point I am rooting for her, and I was really intrigued by the story and where it was going to go.

Unfortunately it kinda peaked too early for me.  I was expecting some epic revenge which didn’t really happen. Emilie was so un-loyal to her friends, and she kind of lost all the respect I had for her. She turned into yet another girl falling at the feet of men, and it angered me. She started out really strong, and both her and Quinn had really good background stories; you can tell that the author had put a lot of thought into them as people, as opposed to just characters in books.

Parts of the main character were just frustrating though. I mean, yes players can be people too, but did she not stop to think what diseases he could be carrying? Eww. This is one of the constant problems with society; everybody knows they should be taking precautions, but unless it is shown in books, movies and tv shows, the message just isn’t going to get across. I don’t know what the frat community is really like, but this books just gave such an icky feel to society. A game where boys bet who the player can seduce? Not cool. I know this is what attracted me to the book, but the guys never really got any punishment for it, and the game probably continued.

However, if you enjoy steamy romance, and girl falls for boy NA stories, then this is definitely for you. Or just read the first half, which is funny and sexy.